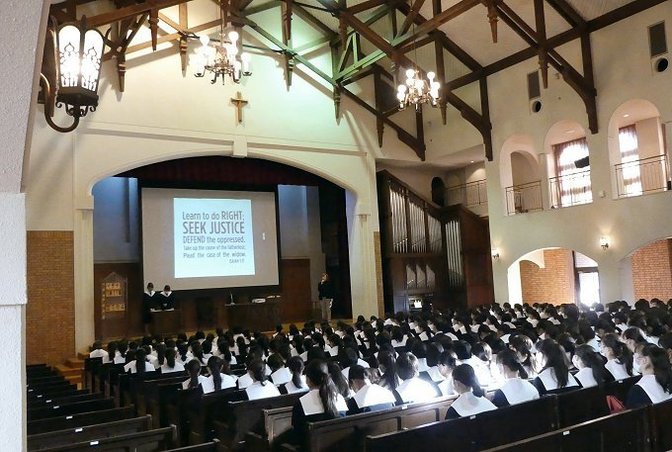 Both Stuart and I have been quite busy these past few weeks helping students with upcoming presentations. Hopefully in March we will have the chance to write a bit about some of those activities. But, before that, I’d like to talk about last month’s English Day. The third Monday in January is a national holiday in the United States. It celebrates the life and message of Martin Luther King, Jr. So, for the English Day morning service on January 29th, I was honored to talk about Martin Luther King to the students and the ongoing battle for racial justice, particularly in the United States. 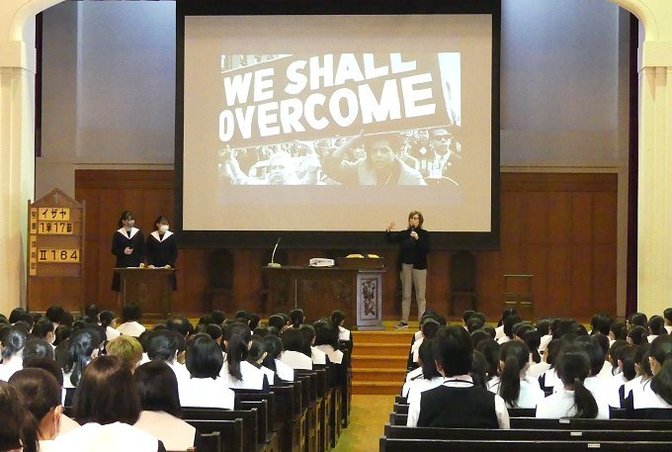 As you may know, Martin Luther King was not only a leader for the rights of black people in the 1950s and 1960s, he was also a minister. The line from Isaiah 1:17, ‘seek justice,’ provides an apt summary for his life. They are also inspirational words for us to live our lives by. 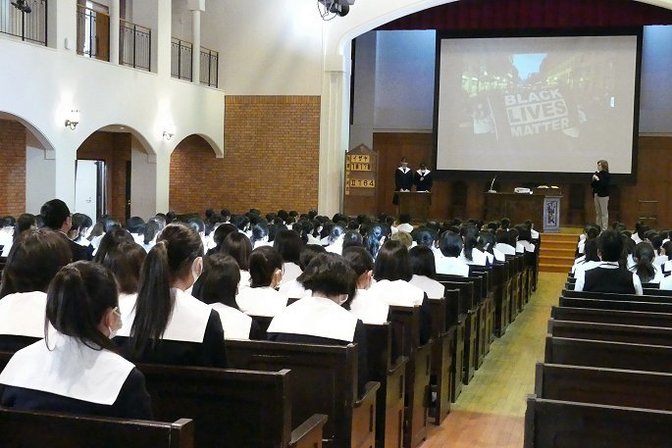 The history of black people in the United States started with over 200 years of slavery. After the end of slavery, there was still a hundred years of racial inequality. Even now, more than 50 years after the passing of the Civil Rights Act, in which Martin Luther King played a key part, there is still racial discrimination and inequality. The world became a bit more aware of that in 2020 with the ‘Black Lives Matter’ movement. It is an ongoing battle. But, as the hymn “We Shall Overcome” states, and as I believe, it is a battle we shall overcome someday.