At the start of the school year, we held our annual in-school English contests and the winners were given the chance to enter the prefectural English speech contests.

In order to write their speeches, the students had to think about their own experiences and what they wanted to tell people. This year our students wrote speeches about their experiences living in South Africa, their motivation for learning English and fake news.

In September, the preliminary contests were held for Junior High and Senior High Students. Our Junior High student was given a prize in her preliminary and was selected to progress to the Central Shizuoka English Contest. However, she was not selected for a prize in the next stage. Despite this, she received some positive comments from one of the ALTs who was watching the speeches. 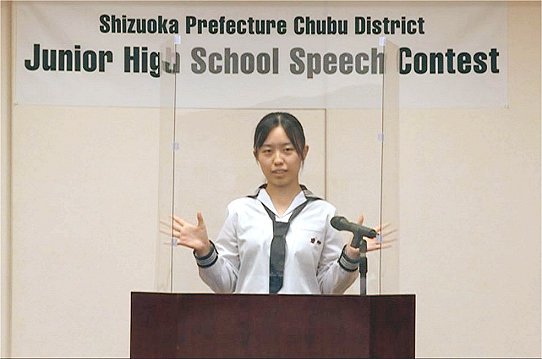 In the high school preliminaries. Two of our students gave very good speeches and our student in the ‘Part Two’ group won the first prize in the Central Shizuoka contest. She went on to take part in the Shizuoka Prefectural contest and was awarded the second prize for her speech. 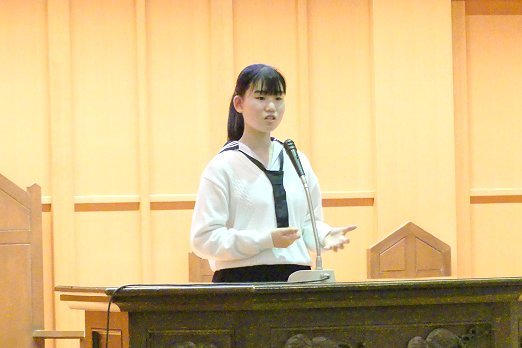 This year our students have worked exceptionally hard to write, practice and deliver the speeches they wanted to give. I hope that by taking part in these contests they have gained confidence in their English ability and that they will continue to develop their English over the coming years.