Do you know when Earth Day is? Of course every day is Earth Day , but April 22 is the *official* Earth Day. Every year over a billion people all around the world focus on our planet on Earth Day. They try to do something to take care of the environment, for example by planting trees or cleaning up beaches. 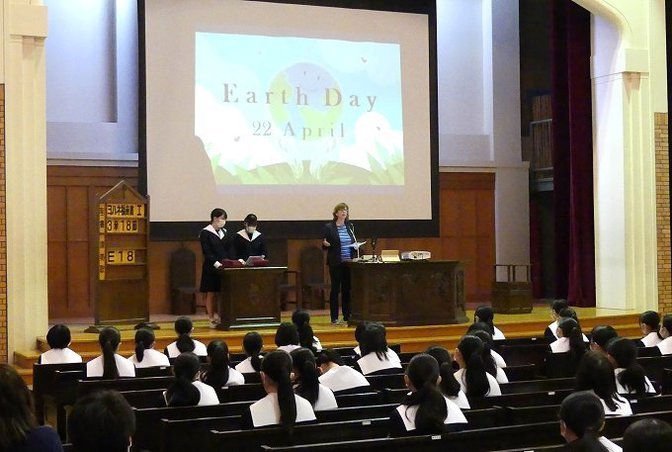 This year English Day was also on April 22, so I was very happy to be able to focus on the earth and the environment during the morning service. With the help of some students from 5B, I talked about the history of Earth Day. Did you know that it began in 1970 in the United States? Through such books as Rachel Carson’s “Silent Spring,” people were beginning to realize the negative impact chemicals and humans were having on nature. As well, in 1969, humans had landed on the moon for the first time. While they were in space, they were able to see the earth, and they took photos of it. People all around the world were moved by these pictures of our planet. They started to realize how fragile and precious it is. They also began to see it as one home for all of humanity, something that we must all work together to protect. It’s crazy to divide the world into different countries and to see each other as enemies; we are all citizens of one home – the earth. 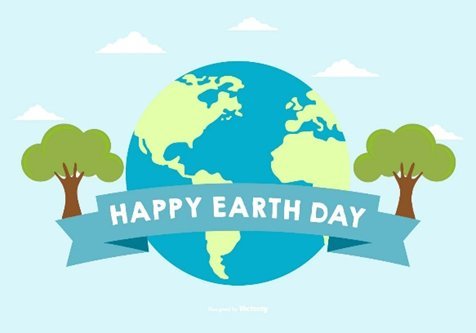 I hope that the students enjoyed the talk on English Day and that it perhaps made them remember the importance of protecting the environment. By working together, even simple acts such as turning off lights when we’re not using them or picking up trash on the side of the street can have a positive effect. Through our actions, we can make a difference.