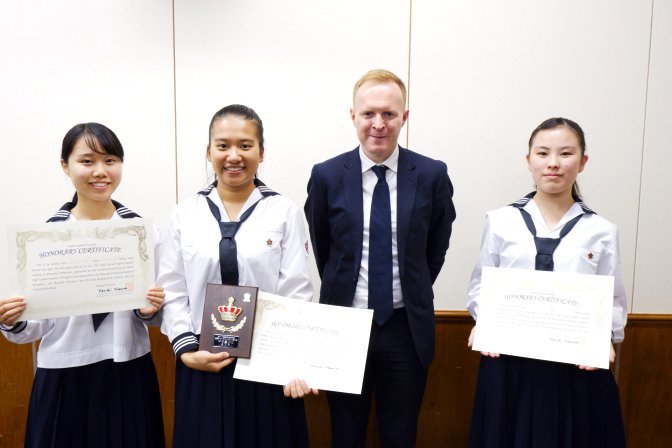 The three students who took part had practiced very hard and gave very good speeches on the day. The judges were impressed with their efforts and two students won the fourth and sixth prizes in part one while another won the second prize in part two of the competition.

I was very pleased that all three students were recognised for their efforts and received a prize. The level of this competition is very high and the students did a great job.

While winning prizes is always nice, the most important thing about taking part in these events is that students have the chance to speak about topics they care about in English. Speaking in front of a large group of people in a second language is very difficult and I am proud that all three students did such a good job in speaking so clearly and eloquently.

I hope the efforts of the students this year encourages other students to take part in future contests and to speak English in public at other events in the future.