As Stuart mentioned, school is off to a busy start! We are both excited to announce that this year Eiwa has a new English Conversation Circle. It meets two times a month for high school students, and then another two afternoons a month for junior high school girls. The location is of course the English Café, home to a large amount of great English resources like books, games, videos and music. Monday marked our first meeting with the high school group. The girls were interested in playing some games, and we were more than happy to introduce a few fun and creative ones to them. Personally, I think games are a wonderful way to relax, get to know each other, have fun and pick up some English and other skills all at the same time.

As you can see from this photo, there is certainly no shortage of games at Eiwa! The challenge was not to find a game to play, but to decide which ones to try! 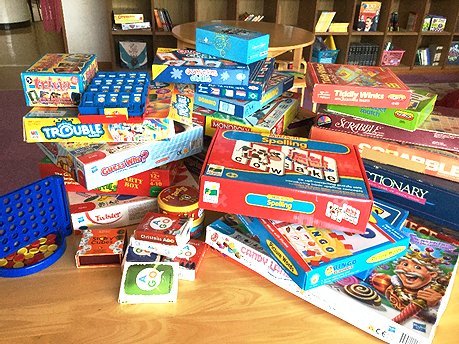 The first game we chose was “Spot it!” Students turn over two cards at the same time and then try to be the first to say which creature is on both cards. There is only ever one answer. Try it! Can you spot the answer? It’s harder than it sounds! Yes, you’re right – the answer for these two cards is “bat.” 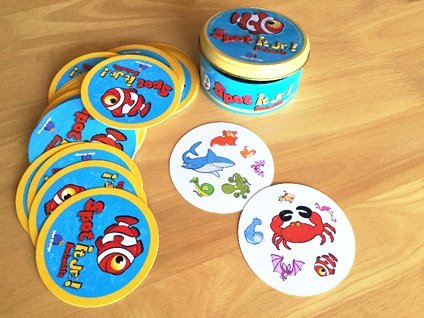 The second game we played is called “Rory’s Story Cubes.” Students roll all nine dice at the same time. Then, taking turns, they work together to use the pictures on the dice to create an original story in English. The first story they made was an adventure story involving a skydiving accident. The second was a horror story which ended up being a dream. As you can imagine, there was a lot of laughter in the English Café as the students came up with creative ways to keep the stories moving along. 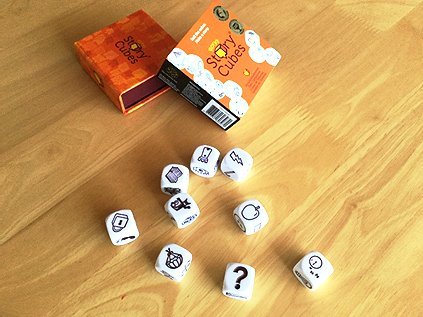 As I said, this was just the first time for the High School English Circle to meet. But, judging from the fun we had, I’m already looking forward to the next meeting and helping to build stronger English conversation skills in our students over the year to come.