September has been a very busy month for the students here at Shizuoka Eiwa with a number of events and competitions taking place this month.

Firstly, at the start of the month, the results of the Eiken tests which were held in August were announced. Among the many students who passed, two students from our schools achieved a pass in the Pre-First grade, the second highest level of the Eiken test. Congratulations to all the students that worked so hard on their English to achieve such great results. 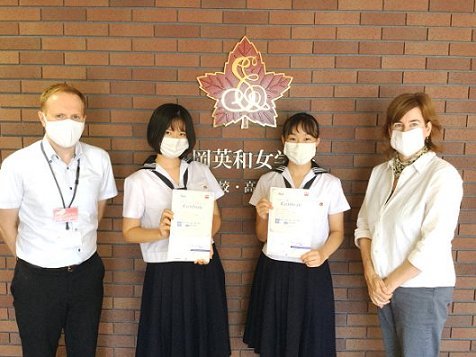 Also, at the start of the month, students from the senior high second grade global course wrote essays to enter the annual All Japan English Essay Contest. The theme this year was ‘What I am passionate about.’ The students worked very hard over the summer to write between 350 and 500 words on the topic. After the essays were submitted, ten students were selected to enter the contest. The results will be announced at the end of the year.

On Saturday 19th September, three students from Shizuoka Eiwa took part in the Shizuoka Prefecture Central English Speech Contest. In total, twenty students from schools in central Shizuoka took part. The level of the speeches was very high this year and the students all did their best. One student for our school was awarded the third-place prize and will progress to the Prefectural Contest that will be held in October. I hope that all of the students enjoyed the contest as much as I did. 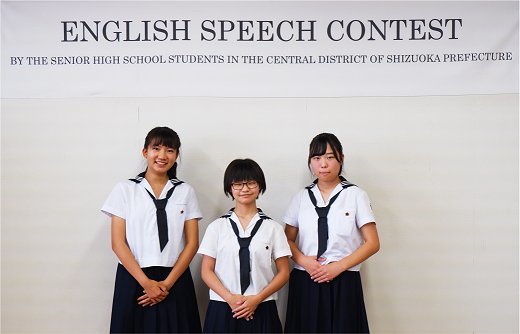 Finally, four students from Eiwa recently took part in an English debate workshop that was held by the Shizuoka Prefecture English Teachers Association on Sunday 27th September. The students worked in teams with students from other school. During the workshop they developed their opinions and wrote speeches and questions in English. Debate is one of the most difficult activities in English and I was very impressed with the effort that the students made.

As you can see, the students at Eiwa are all working very hard to improve their English and are taking the chance to express themselves in many different ways. I hope that the other students at the school can follow their example and take part in even more events in the future.